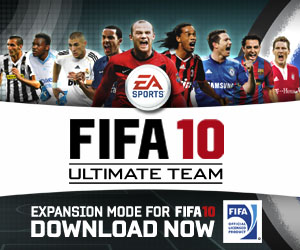 For those American Football Fans:

Electronic Arts, a video game developer with a wide array of sports-themed video games, believes in taking something that worked, and retooling and improving upon it so that it works even better. Such is the case for Madden 10, the first incarnation of the game hitting the scene over twenty years ago. This franchise just keeps getting better and better, and that’s why we name it the best football video game ever. 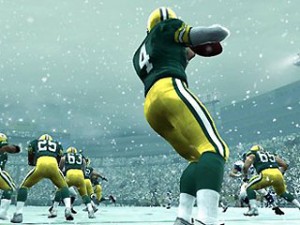 In Madden 10, players can choose to make play selection as simple (letting the computer select plays for you automatically) or as complicated as he / she chooses. Your first stop is the Madden Test, which gauges your running, passing, run defense and pass defense skills, in order to adjust the game’s difficulty to your particular strengths and weaknesses. And it’s ever evolving – every time you play, your skill level is automatically adjusted.

There’s a virtual trainer so you can bone up on specific skills, a rewind feature so you can try a play again, and a backtrack feature, where the game shows you what you coulda, shoulda, woulda done to save a bad play. There’s even a hardcore mode Front Office mode, where you can take complete control over every and any aspect of your organization from scouting to salaries.

There’s a lot more features that I could talk about, but how’s ’bout I just cut to the chase? Get this game.

Note that Madden 11 is in the works, and improvements have been made, notably in the way that runners catch the ball. In the past, they’ve essentially slowed down, jumped up and grabbed the ball. In this version, they’ll have a smoother ability to catch the ball in stride. As well, this version of the game touts improved aggressive short routes, and improved sideline / end zone awareness for receivers. All of the improvements will open up the playbook to more options.

If you’re interested in other types of gaming, why not get adventurous and try online slots at online casinos USA that accept US players?

The simple truth is that I love to play all types of these games. I can’t get enough. There are many formats to try and most of them are very enjoyable. Many of these are so realistic both in play and graphics. If you have not had the chance to take a look at these recently, you will be amazed at how far they have come. In addition to being able to play online with anyone around the world, there are tournaments that are held to see who the best person at any given game really is. Some of these have prizes comparable to some peoples annual salary rather that a trivial video game contest.